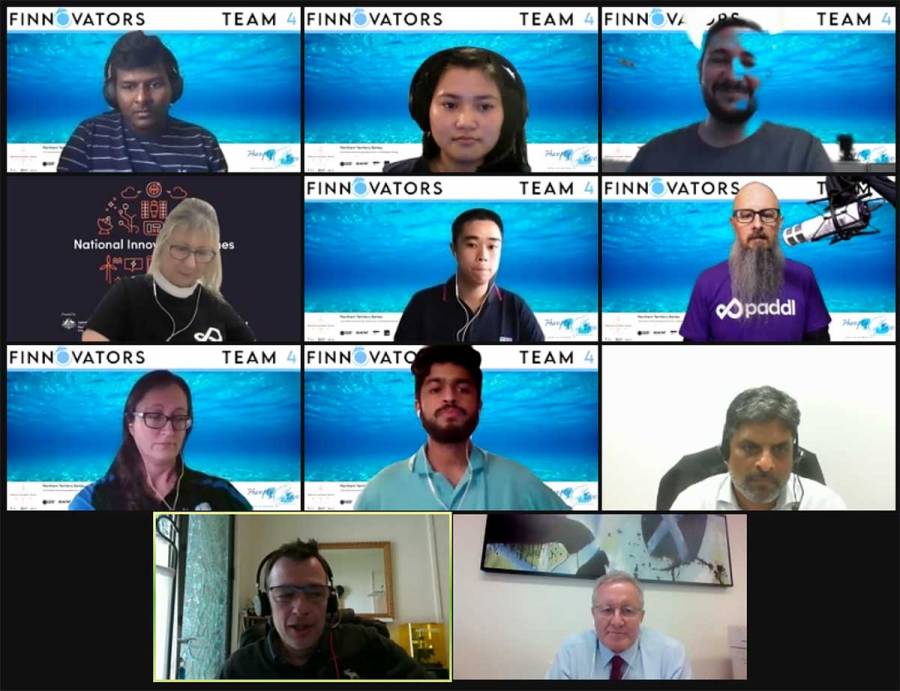 An idea to combine renewable energy with artificial intelligence (AI) to improve energy consumption has been declared the winning solution for the first challenge at the National Innovation Games Territory Series.

Last week five Territory teams competed virtually in the first challenge to address the following question “How can technology assist businesses to better understand the requirements and benefits of converting to renewables?”

The winning team ‘Finnovators’ from Humpty Doo Barramundi developed an idea for a ‘real time renewables return calculator’. The calculator which is an AI integrated app would be used to monitor and control energy consumption.

Team Leader Tarun Richards said “the team I worked with were so impressive, a great mix of talented minds.”

“At Humpty Doo Barramundi we're always looking for innovative ways to improve sustainability - it's what led to the development of our wetland water recirculation system back in 2002.”

“We would love to produce a carbon neutral barra. Most businesses know the world needs to move to renewable energies and would like to incorporate them into their operations but just don't know where to start.”

"The concept the team developed doesn't just tell businesses, it shows them how renewables could change their energy consumption, and their costs. And with this knowledge, businesses can make informed decisions about switching to renewables,” he said.

Launched in 2019, the National Innovation Games are a series of innovation challenges taking place across Australia, held virtually and in-person.

Registrations are now open for challenges two and three, which are taking place on 22 April, and 23 and 24 June 2021.