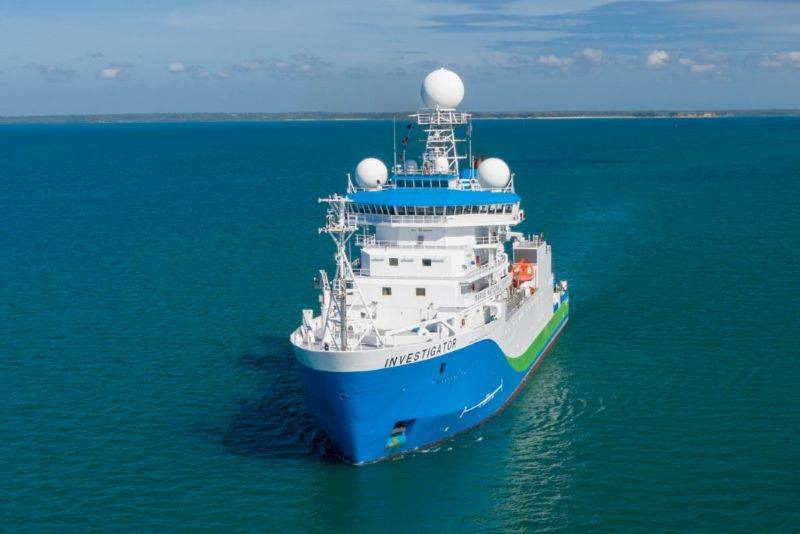 The CSIRO research vessel Investigator departed Darwin recently for a 45 day voyage of biodiversity discovery in the tropical waters of the Indian Ocean.

Scientists on board the Investigator are undertaking a world first survey of the massive seamounts around the Christmas Island and Cocos (Keeling) Islands. These seamounts are ancient underwater mountains, dating back to the late-Cretaceous around 65-80 million years ago. Isolated and old, they could be home to ancient communities of fish and marine invertebrates.

“We know the region is covered with massive seamounts formed during the dinosaur era and we know the region sits at a critical juncture between the Pacific and Indian Oceans. We are really excited about the prospect of discovering new species, perhaps even new branches of the tree of life, which until now have remained hidden beneath the waves in this unexplored region,” Chief Scientist of the voyage Dr Tim O'Hara said.

Get involved without getting wet

During this voyage you’ll have the option of two live streams of tropical science! RV Investigator will broadcast live 24/7 vision from its camera on the bridge. It will also broadcast selected underwater deep tow camera surveys during the voyage via a second live stream. You can follow the voyage and live streams on the CSIRO website.

Schools can also register for live crosses from scientists at sea at the Bush Blitz website and follow the team's discoveries on social media via the hashtag #InvestigatingtheIOT.