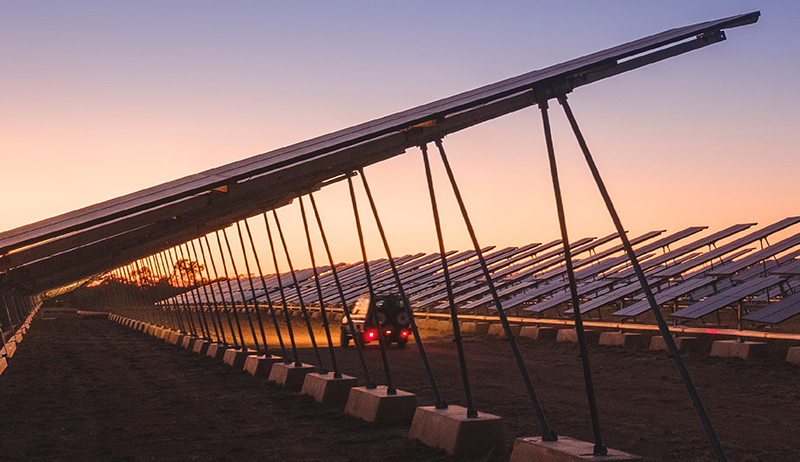 The announcement of major project status by the Northern Territory Government for an off-grid hydrogen project in Central Australia is electrifying news for the region.

The Desert Bloom Hydrogen project is a staged commercial-scale green hydrogen operation. It has the potential to grow to a $15 billion project, and deliver around 410,000 tonnes per annum of hydrogen for domestic and international export markets.

With water a precious resource, a sustainable water source is critical to the development of renewable hydrogen projects in the Territory and this technology provides an innovative solution for securing a sustainable water source for the production of renewable hydrogen in Central Australia. The technology works by capturing water from the atmosphere in arid environments.

“We are supporting a world-leading renewable hydrogen project, in technology that captures water from the atmosphere in arid environments. With one of the best solar resources in the world - and the development of projects like Desert Bloom - the Territory will play a leading role in the emerging renewable hydrogen market.” Chief Minister, Michael Gunner

The project is backed by Sanguine Impact Investment, which has committed $1 billion required for the project’s initial stages, and to provide the capital to roll out the full project.

The next steps of this project include the Territory Government working with Desert Bloom Hydrogen to develop the staged project to its potential export scale, including identifying suitable land in Central Australia to harness solar energy and ensuring adherence to standard best practice regulatory processes and approvals. Awarding of major project status follows the company’s 12 week trial in the Barkly earlier this year.

“Desert Bloom Hydrogen presents an exciting opportunity to accelerate the Territory’s hydrogen industry - production, supply and service, and research and training. The provision of renewable power to our regional industries including mining and agribusinesses, will provide a competitive advantage in a world that is increasingly focused on sustainable supply chains.” Major Project Commissioner, Jason Schoolmeester

Desert Bloom Hydrogen’s proponent, Aqua Aerem, an innovative Australian and internationally owned company that is closely aligned with the nation’s push to drive new technology and accelerate the development of the domestic hydrogen industry. The project’s scale and ambition matches that of the Territory Government.